Wow it's been so long since the last blog post, I'm really sorry about this. 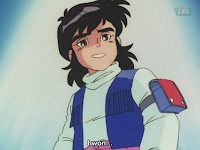 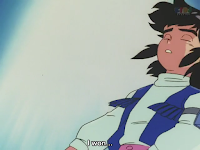 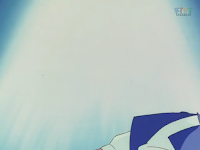 I'll skip the pointless chatter and go straight to the point: we're still active, and you should already know this if you follow our releases on nyaa. Unfortunately, the pace of our subtitling activities has slowed down quite a bit during the past few months, especially Dash Yonkuro.

(for the older realeases and for the countless Yume no Crayon Oukoku I redirect you to SquareSubs on nyaa since it's faster than copy and pasting all the links here).

Anyway, with this Dash Yonkuro is done so I'm currently thinking of which series to pick up next. I still want to go on subbing Let's & Go!! WGP. However, things will be moving along a bit slower than they used to a couple of years ago, so I'm a bit concerned about how long it will take us to subtitle another 50-episode series. Which is a shame since almost all the old shows I want to sub (like Ochamegami Monogatari Korokoro Pollon, Aishite Naito, Cyborg  Kuro-chan, Dragon Quest Dai no Daibouken, Tiger Mask, etc.) are around that size... 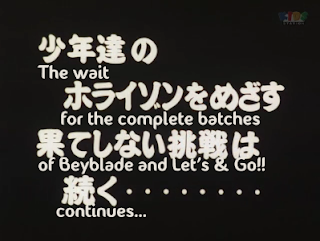 Speaking of patience, I can't say I have good news about the batches of Let's & Go!! and Beyblade. The people who were handling the quality control/editing for them have also been busy with other projects and with IRL stuff, so progress on that has been going slowly but steadily. Celestine, who is handling L&G, says the editing for the batch should be done by the end of this month.
We'll keep our fingers crossed and hope you'll do the same.

State of the SquareSubs Union

We really don't use this blog much, do we?

I suppose that's one thing that's changed with us being one of the newer subgroups—there's not really the same culture of posting to blogs or IRC, and we've been using Discord over IRC for a few years now—none of the more traditional stuff is really at the front of our minds, and it leads to long periods without blogposts.

Going forward, we're trying to switch over to having all new releases be uploaded on my (Maxine's) personal Nyaa account. This is mostly because I have a better upload speed than anyone else in the group, but also to help keep our torrents all in one place, making for less searching. You can always just search for SquareSubs on Nyaa if you'd prefer, but it's a bit less trustworthy than going to my or SquareAnon's Nyaa profile directly. I apologise for any inconvenience this complexity may cause.

With that said, here's everything we've subbed since the last blogpost:

Beyblade batch is still Soon(tm), though I have been making progress on it, and I'm also pushing for SquareAnon to sub Step Jun with me but it's low priority. I'll also be gone for 2 weeks at the end of May so releases may (...) peter out for a while.

Yep, if you know us you know we (and by "we" I mostly mean "I") often forget to update this blog with the links to our releases. Hopefully this is not a big deal for you. Sorry anyway.

I'll get to that in a moment. First, I'd like to introduce two of our new staff members who have joined us recently. First up is Greg, who will help us with the proofreading, both for Dash! Yonkuro and for Yume no Crayon Oukoku. Next is Matatabimitsu, who is providing us with great translation work.
This brings me to the second bit of news, and that is the new series that we're working on: Maple Town Monogatari! Imagine Animal Crossing without human characters. Yep, it's that good.
On a different note, this is one of the very few shows from the NichiAsa timeslot (ie. Sunday morning anime) that are still unsubbed. We're making history here!
Anyway, Matatabimitsu will be translating this, with our great Maxine once again taking care of proofreading and final touches. So look forward to it! I had never heard of this show before Matatabimitsu brought it up, but it's really comfy, so I definitely recommend you check it out. (I actually found out it was aired in my country as well but that was well before I was even born)
So we're already at episode 2, here are the links:


Now, moving on. Here are the links for our other releases:


Oh yeah, I've been asked some questions about Beyblade so it's only fair I answer them:

Here's the 3rd and 4th episodes for Dash! Yonkuro: 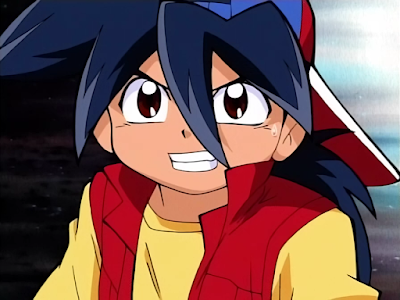 Okay so, I don't want to beat around the bush so I'll just come out and say it:
I'm not liking this new season of Beyblade. From the changes in character design, to the music, to the CGI to the characters, I'm just not feeling it. I think it lost a lot of the  old-school charm that the original had. I tried to get used to it but I just can't.

We're a group of fansubbers, so subbing a show we're not fans of kind of goes against the point.
I promised you guys that I would do this, and I promised the guys from Hoshi no Yume that I would take over from them and sub the following seasons. They were so kind to share with us their translation, which in turn made my job that much faster as I only had to fix a couple of things instead of starting from scratch.
However, working on a series that I don't like it's just something that I can't do. This is most of all a hobby for me, I do it because I enjoy it, and I think all the other members of SquareSubs agree. It's the same reason why I said time and time again that I wouldn't work on Medarot Damashii since I didn't like the direction it was taking right from episode 1 (Soreepeong is working on it now but even he admits that he's slowing down because the show is just not good). I hope you'll understand.

So what I'm trying to say is, as painful as it is for me to admit, we are going to drop Beyblade 2002, at least temporarily. This means that the third episode, which we released a few days ago, will be the last one from us. This could change in the future, and I will slowly work my way through the series to see if it gets better later on, but I won't make any promises.

So what will happen to this show? Well, I honestly don't know.
Hopefully, our work with the first series and Hoshi no Yume's work on the others has sparked some new interest in Beyblade as a whole, and some other group will pick up our slack and will continue subbing the show. After all, the base translation for most of the series is already done. It only need someone to check it (as there are a few errors here and there), proofread it and mux the subtitles with the raws.

Again, I'm terribly sorry for this, and I'm definitely feeling bad for all the people who (unlike me) were enjoying Beyblade 2002. You have every right to be mad at me.

Another double release! Although both episodes have already been up on nyaa for a couple of days...

Posted by SquareAnon at 1:10 PM No comments:


Dash! Yonkuro 02 should follow soon as it's currently being proofread.

We're still looking to hire extra staff so if you're interested in joining us (as translator, proofreader, muxer, editor etc) let us know!
Posted by SquareAnon at 2:42 AM 3 comments: